40 years on the market

The Mengel Gabelstapler GmbH commits mid-August its 40th year anniversary. The company is far beyond the borders of Garbsen near Hannover known as dealers of the Doosan and Ausa and as large trucks-owner. 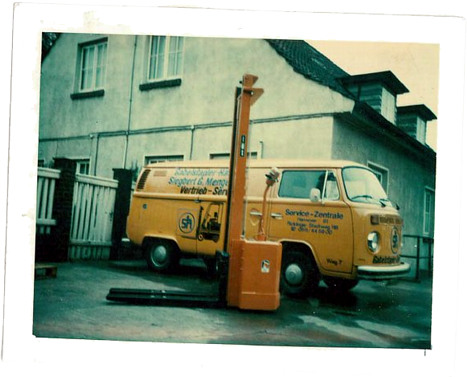 GARBSEN - How main shareholder and founder Siegbert Mengel in an interview with the general Bauzeitung (ABZ) informed, he worked until the early 70s when a large truck manufacturers in sales, the last years as a branch manager. When a new task decency, for which he should have to move his center of southern Germany, the moment for the leap into self-employment came at the age of 35 years. As the seat of the new company was a 1973 farmhouse in Harkenbleck near Hanover, where Mengel ran a small warehouse with 80 m2 area.
However, it soon turned out that this business and warehouse space was too tight. Moreover, Mengel had now taken over the dealership is for the Japanese forklift Make TCM. And so went the then new CEO and his company a few times within Hannover to until 1993, almost 7000 m2 Commercial property in Garbsen / Berenbostel in Hannover, the current headquarters, bought.
This area was completely redeveloped with a building for office, workshop and spare parts warehouse. So Mengel could begin there with his work without great loss of time. Over the next five years, the building ensemble was complemented by two halls so that the premises received the present appearance.
As it was in the 90s that the TCM importer Mitsui wanted to say goodbye to the German market, CEO Mengel looked around for an alternative, and was later a dealer for brand Daewoo, Doosan today. As this was still done in parallel with the TCM Treaty, founded Mengel 1995 a sister company called MTG, which as yet are, but today main focus dealt with the purchase of used equipment. "I tried from the very beginning, the company reasonable to establish in this area with customer service, spare parts warehouse, mechanics and a private loaders" Mengel explained his philosophy. In the first vehicle, it was a Unimog with a lowered loading platform for fast loading and unloading of trucks. Later Mengel entertained several large truck with flat bed trailer. 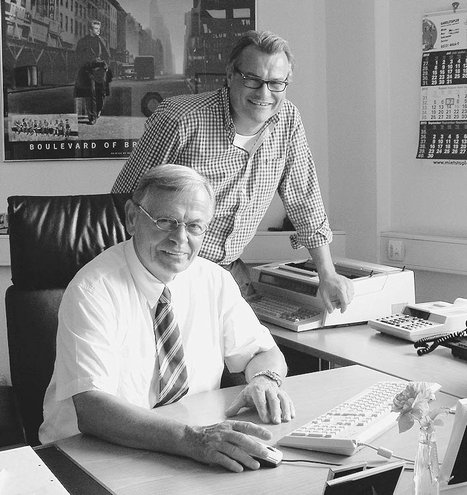 "We basically have in our company three business," said the senior. "One is the new equipment sales with customer service, workshop and spare parts sales, the second for the rental and the third the Forklift truck business."
Sales of new and used machines is supposedly of sales, clearly in first place, followed by rental and maintenance.
While Mengel Gabelstapler the sale of new machines is defined as an authorized distributor for the area of ​​Lower Saxony, is traded in used trucks throughout Europe. The latter is done for the most part on the Internet, where appropriate platforms exist. Mengel: "We have a high percentage of exports in the used equipment is approximately just under 50%.." There are many connections to Italy and Spain, but also to Eastern Europe, such as Poland, where a very good development was recorded.
The Forklift truck be purchased by Mengel in large quantities by the company MTG and subsequently resold to dealers without work. The classic Forklift truck was built 1995-2010. Mengel is constantly looking for suitable "Used Forklifts packages". "The Forklift truck business itself is about the many years with great success," says the senior partner to report. This will remain in some form. Nevertheless, Mengel currently sees a slight flattening of sales in this area.
A very important area of ​​business is the rental for Mengel. The company has constantly 70 to 100 machines, including trucks up to 16t load capacity and telescopic and rough terrain truck belong to. The majority of the truck comes from Doosan. The off-road equipment supplies Ausa and telehandlers are of Merlo and Manitou. Mengel: "The diversity of our equipment, we have a unique selling point." Rents will mostly at assembly companies, but were in fact all sectors clients Mengel, the construction industry, often where the terrain forklift would be used.
Rents going throughout Germany and beyond its borders. That stems from the fact that many assembly companies annähmen jobs in other European countries and had confidence in the quality of the machines of Mengel and reliable order processing of Garbsener company. The truck would then brought by forwarding to their place of work abroad on the way. Mengel busy today with the MTG approximately 20 employees in personal union. As Mengel great emphasis on continuity with its employees, the turnover rate is very low. Only two years ago, an employee is retired, who has been in the service of Mengel for 34 years. "Especially in our technically difficult industry it is very important that you have good, high-quality employees - especially in terms of customer loyalty," according to the opinion of the senior chiefs. "We are right now in further expanding the customer service. We are looking for more technical staff."
For the future, the 74-year-old Siegbert Mengel, the company is well prepared, especially since his son Markus is responsible for Finance and Human Resources since 2002 managing director and his daughter Annabell Krauss as authorized signatory. His son - worked in the company for 20 years - has learned the business from the ground up and is to successfully develop it further.
Also the terrain in Garbsen, which was in his possession, is still sufficient for the coming years in terms of size, emphasized the company's founder. So the company even after his 40th company anniversary a very good prospect for the future.